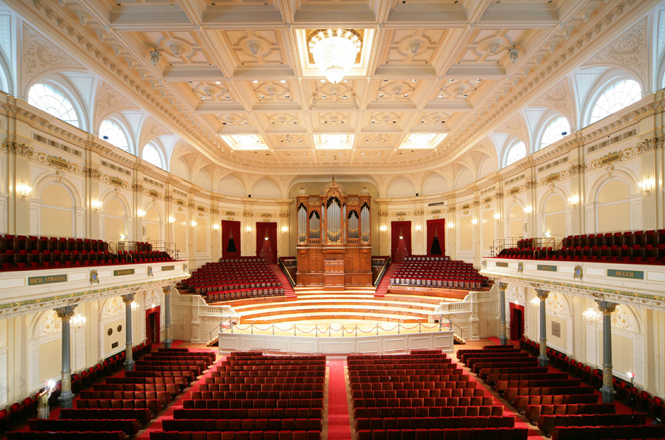 Nicholas Collon conducts the Aurora Orchestra in its Amsterdam Concertgebouw debut on 4 August. In the culmination of their Beethoven From Memory tour, which saw performances at the Cambridge Summer Music Festival and BBC Proms, they will perform Beethoven’s Symphony No.3 ‘Eroica’ from memory alongside Strauss’s Metamorphosen.

We believe these were the first ever memorised performances of the ‘Eroica’. Watch a glimpse of the first movement from Beethoven’s Symphony No.5:

You can also still listen to their BBC Proms performance on BBC Radio 3, available online until 20 August, and televised for UK audiences on BBC Four on 18 August.

On 22 August, Nicholas conducts the orchestra at the Berlioz Festival in Isère, France. Their ‘Eroica’ From Memory will be accompanied by Britten Sinfonietta Op.1 and Maxwell Davies Eight Songs for a Mad King.