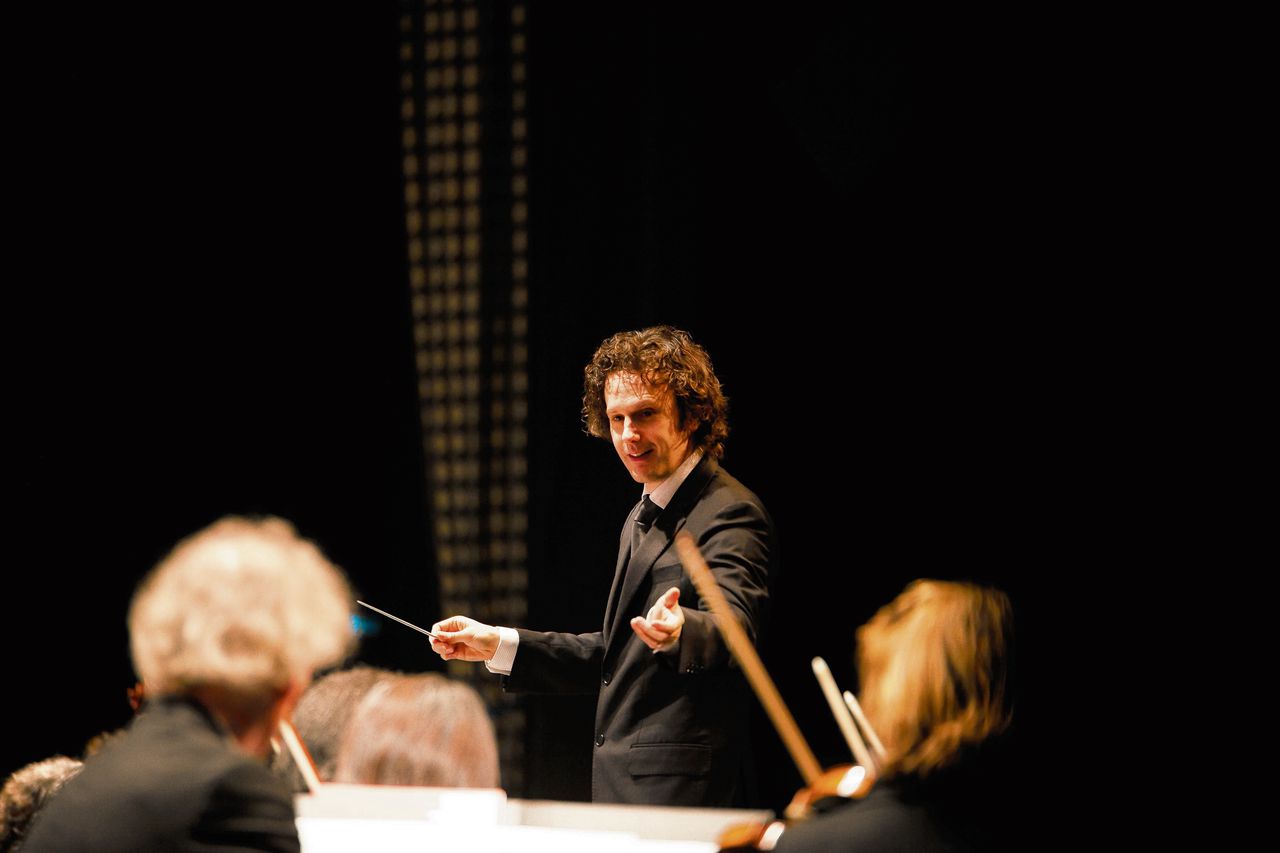 Nicholas conducts the Residentie Orkest in five dates during March as Chief Conductor and Artistic Advisor of the orchestra. With varying repertoire throughout the concerts, Nicholas takes the orchestra to the Zuiderstrandtheater and the Tivolivredenburg, with one concert taking place at the Concertgebouw in Amsterdam.

On the 13 March, Nicholas conducts the orchestra in a concert entitled Colours of the Water at Zuiderstrandtheater. This programme explores the subject of rivers and the dangers of the sea with pieces including, Smetana The Moldau from ‘Má Vlast’ and Debussy La Mer. In addition to these two works, violinist and artist in residence, Baiba Skride joins the orchestra to perform Schumann’s Violin Concerto, as well as a performance of Residentie Orkest’s One Minute Symphony, an initative inspired by a resident of someone living in one of the neighbourhoods of The Hague.

In a second concert on the topic of water, with a focus on reflections, the concert on 14 March once again sees Nicholas conduct the orchestra in Schumann Violin Concerto and Debussy La Mer. Nicholas will give a pre-concert talk to explore the latter work. For more information please click here.

Nicholas will then conduct an afternoon concert with the Residentie Orkest at the Concertgebouw in Amsterdam on the 17 March, also featuring Smetana The Moldau from ‘Má Vlast’ and violinist Baiba Skride for Schumann’s Violin Concerto. The concert will finish with Dvorák Slavonic Dances, exemplary of the composer’s Czech writing style.

The final two concerts – the first at Tivolivredenburg on 20 March and the second at Zuiderstrandtheater on 22 March – feature pieces including Walton’s Cello Concerto, Diepenbrock Die Nacht and Sibelius’ Symphony No. 7. Nicholas and the Residentie Orkest will be joined by Nicolas Altstaedt on the cello and alto singer, Helena Rasker.