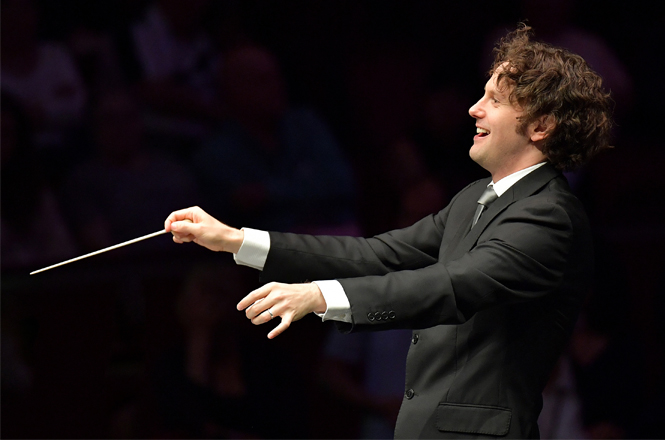 The Finnish Radio Symphony Orchestra announced today that Nicholas will become their next Chief Conductor, starting September 2021. He will conduct 10 minimum weeks a season for an initial contract of three years, with an additional two-year option.

Nicholas succeeds Hannu Lintu, and will be the first non-Finnish conductor to take on the role; other previous incumbents include Paavo Berglund, Jukka-Pekka Saraste and Sakari Oramo. Collon takes on this new position in addition to his ongoing roles as Founder and Principal Conductor of Aurora Orchestra and Principal Guest Conductor of the Gürzenich Orchestra Cologne. He remains Chief Conductor and Artistic Advisor at the Residentie Orkest in The Hague until his current contract expires at the end of July 2021, seeing the orchestra into its newly-built concert hall in the centre of the city.

Nicholas returns to conduct the Finnish Radio Symphony on 17 May 2019: Julian Anderson Fantasias, Ravel Piano Concerto in G major with soloist Fazil Say, and Berlioz Symphonie Fantastique. All FRSO’s concerts are live streamed and available to watch online, including his 2017 visit (which featured Prokofiev Symphony No. 5).

Guesting highlights of Nicholas’ 2018/19 season have included Orchestre National de France, Oslo Philharmonic and Tokyo Metropolitan Symphony. On 11 and 12 May he makes his North American orchestra debut, conducting the Toronto Symphony in Mozart, Beethoven and Elgar.